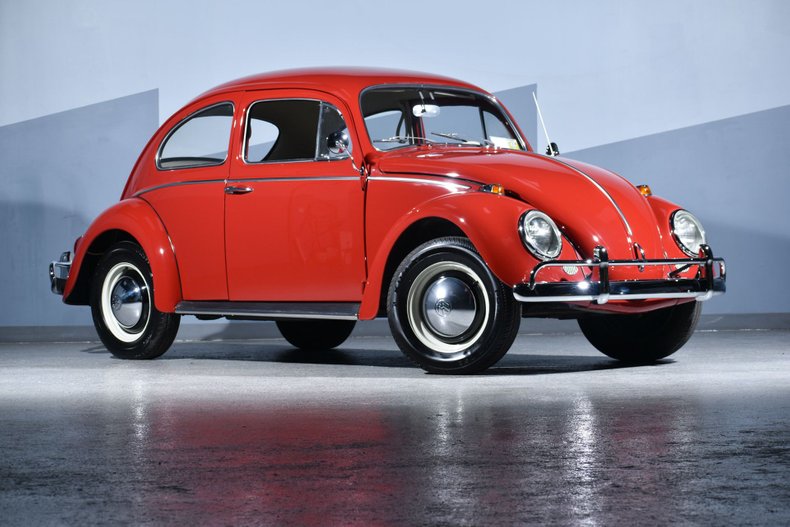 Imperial Motorcars is please to offer this fully restored two owner 1964 Volkswagen Beetle with 11,141 miles indicated. The beetle has been under long term ownership and was purchased by the previous owner in 2000 from the original owner. The original owner was an elderly woman that kept the car at her Hamptons Estate. She used the car sparingly on the weekends during the summer. The indicated mileage is believed to be true by the previous owner. He made this statement because when he purchased the car it was completely rust free and retained all of its original body panels and floor pan. He noted the condition as immaculate. During his ownership the Beetle was part of a very large private collection and was used sparingly. It was noted that over the previous 19 years the vehicle was only driven 2000 miles. In 2010 the previous owner decided he wanted to bring the beetle up to a concourse level so he had it restored.
In 2010 the following was done:
• A full window out re-spray in its original color Ruby Red.
• Full Engine rebuild on the original engine.
• New Clutch
• New Brakes
• New Brake lines
• New Interior

This vehicle is a collector quality Beetle that will certainly win awards at any concourse show. Please contact us for more information 516-268-5500 www.imperialmotorcars.com We can assist with worldwide shipping.